Are you paying attention to your attention? 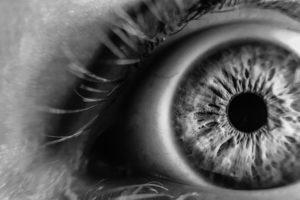 The importance of our attention to the quality of our lives has received increasing attention in recent times, with lots of research on the topic.

In his book, “Focus”, Daniel Goleman argues that the link between attention and excellence remains hidden most of the time, yet, it affects almost everything we try to accomplish.

In the “Inner Game of tennis”, Tim Gallwey (1975) argues that the best players are in a “state of flow”, noticing more, by learning how to focus their attention on the ball, the court and their opponent…

And the list goes on and on. But how do we pay attention to our attention, in an era where technology steals our attention and disrupts our connections?  The bombardment of text messages, emails and social media distractions leaves us too little time to reflect on what they all mean. No time to think!

According to Goleman’s research, the average American teenager sends more than 100 texts a day, about 10 every waking hour!  Kids are growing up in a world where they spend more time with machines and less with people than ever before! Adults find themselves unable to resist checking emails or Facebook, feeling the urge to reply immediately.  Not a great habit, as the University of Michigan research shows that switching what you’re doing mid-task increases the time it takes you to finish both tasks by 25%.

A friend of mine lost her phone whilst on holiday recently. On autopilot, she was still reaching in the bag now and again to check the phone!  You know it's wrong to check your phone when you are with someone, but it's addictive. Just in the last week, I noticed an alarming number of parents and children or partners not speaking to each other across the table in restaurants.  Same on the train. Couples on the phones, next to each other, no conversations taking place...Missed opportunities to connect!

Kids live in a world of isolation that goes with a virtual world of tweets, status updates and Instagram posting! The harsh consequence is an inability to have a conversation for more than 5 minutes, let alone a deep one. An inability to read behaviour and non-verbal cues, a key ingredient of emotional intelligence.  Building rapport demands attention and looking into each other's eyes! Our need to make an effort to have such human moments has never been greater, given the countless distractions that we encounter daily.

Being able to pay attention to the ever growing and conflicting demands on our time is now a major issue on the minds of many coaching clients.  In response, the undivided attention of the coach to what’s said and what’s not said, creates a powerful experience for his/her clients.

Neuroscience now shows that Attention, a vital muscle of the mind, can be strengthened for better results.  My son has ADD (Attention Deficit Disorder) and we have been developing this muscle by focusing on things that interest him, not his phone or ipad! We managed to avoid medication, when a growing numbers of neuro-typical teenagers are getting prescriptions to improve their attention!

So start exercising this muscle, by switching off your emails an hour a day, putting your phone in a drawer when you get home to put your kids to bed and switch it off whilst at the table.  Slow down and focus. Try to be more present for each other! Talk!

Published by: adaptaa in Uncategorized