All Posts in emotions 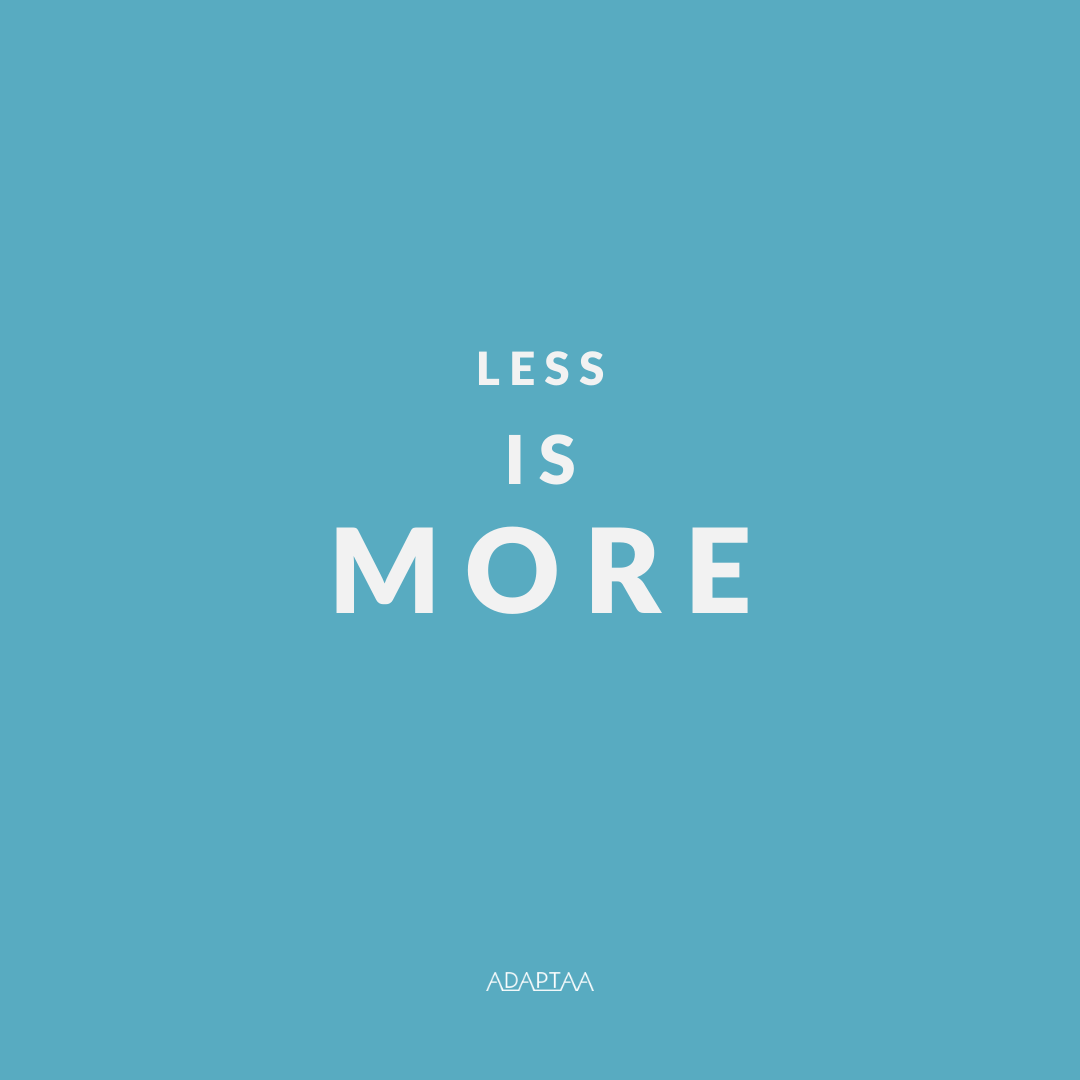 February is the shortest month of the year.  And so, I am committing to Less is More and giving more Nos this year!

For anyone who knows me, this is an almost impossible task. As an eternal optimist, I see everything as an opportunity. And following Richard Branson’s advice, I say Yes first and then find a way of doing it.  My default position has always been – “What if it’s good?”

And yet, when we say Yes to something, we must consciously say No to something else.  A skill not easy to master for most of us, with the constant pull between Yes and No, and between opportunity and threat.  Being able to say more Nos is a sign of success. Warren Buffett said that most successful people are NOT the ones who say Yes to everything, they are the ones who say No to most things.

There are gracious ways of giving Nos. “Thank you so much for asking me. That is really kind of you. However, I am focusing right now on something which is very important to me. So, I will be a gracious No for now.”

In his book “Never Split the Difference” Chris Voss emphasizes the power of giving and receiving a No, in enhancing any relationship, and especially in negotiations.  It seems counterintuitive, but Voss argues that you need to get a No first, to get to a big Yes.   He argues that a No to a properly phrased No oriented question is worth at least five Yeses.

A simple tool to encourage a No from someone else would be to ask the question: “Do you disagree with this idea?” And if the answer is “No”, you carry on…. Or “Do you think this is a ridiculous idea?  No. So, let’s talk about it then.”  When someone says Yes, but they mean No, the commitment is almost useless. It’s a confirmation without buy-in and therefore without agreement. It’s what Voss calls a counterfeit Yes.

To avoid giving a counterfeit yes, I teach my clients to say “No for Now” or “Yes for later”!

It has taken me many years of practice to learn how to say No by reframing it, especially to my son Dan who cannot hear a No.  And in that time, we ended up with two dogs (three if I count our first failed attempt).  I said No to my son’s request to having a dog for many years.  After a counterfeit Yes in 2014 and not coping with our first dog Sally, who ended up with our friends in Romania, I gave in again to a genuine Yes and welcomed Lulu to our family in 2016. My ability to hold another No lasted for two more years, until I gave in again to welcoming Lucky, our second dog, into the family. I am pretty sure that my son knows that it’s only a matter of time before he gets his own horse!

Until then, I am committing to holding my Nos and practicing the uncomfortable Less is More.

According to Julia Sperling-Magro, “at any point in time, 11 million bits of information hit our brain, only 70 bits get processed consciously and we remember properly only 7 in our short-term memory.” (McKinsey article, “Bring your brain to work”, Jan 22).

Because of our limited capacity to process information, neuroscience has found that 7 is a magical number, plus or minus 1 or 2.  That’s why phone numbers have 7 digits.  And apparently 4 is the ideal number at which we chunk information and 3 is the optimal number of speaking points in a speech and power point slide!

Because of this enormous filtering effect, our brain seeks patterns that make it easier for it to perform. And so, I am leaving you with this 3x3x3 intentional learning approach to practice in the next few months: find 3 things to say No to in the next 3 months, engaging 3 people to support you and hold you accountable.

My first clear No is saying goodbye to alina_d_addison on Instagram over the next few months (sorry Instagram lovers) and relying on Kora, Carmen and Tatiana as my accountability partners.  I will be cutting down my number of newsletters in 2022, as we are welcoming Sylvia into our team. As I am embracing the Less is More, I look forward to Sylvia’s newsletter in March and I will write to you again in three months, rather than the usual two!