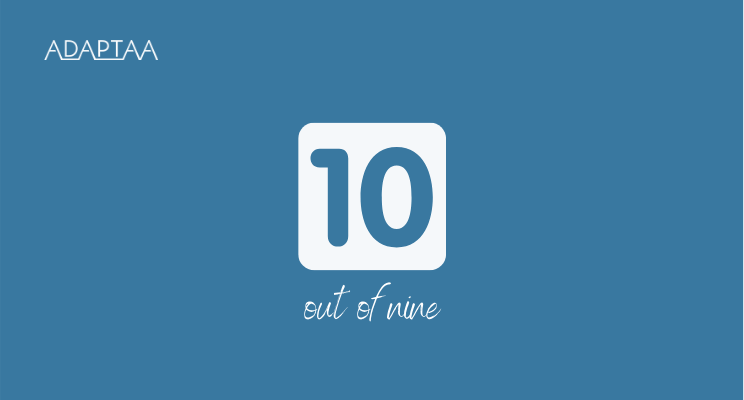 This is my last article in the series, reflecting on my biggest insights from what I rate as a 10/9 experience with my own mentor and his extraordinary community of leaders.  The 3 insights of the first 3 days were: Acceleration, Audacity and Advocacy. The following 3 days insights were: 3 x Authenticity.  And as I am writing my book where the only letter in my alphabet is A, the last 3A (or rather 4!) insights are: A to B, Astonishment AND Appreciation.

If you are a high performer, you are likely to have set many big stretching goals over the years.  You planned your journeys from A to Z. You marched towards your goals with passion and enthusiasm.

In her brilliant session, my dear friend Georgie taught us many lessons on how to connect with powerful people.  You see, Georgie is writing her book on Stratospheric CEOs. High performers who got to the top of their game by applying certain behaviours, principles and lessons of success.

The one lesson that resonated with me most, was the tiny steps approach. Walking from A to B. Not worrying about the A to Z, which may feel really overwhelming.  Sometimes the more attached we get towards our big goals, the more creative opportunities we may miss along the way.  The whole idea is to enjoy the journey and not worry about the destination. One step at a time. Slow down, so you can put one foot in front of the other…

My insight?  Focus on the tiniest actions that can make the biggest impact. Move from A to B and then from B to C. And that’s how you will get to your Z much faster and happier!

And how else to finish off my series than on the high note of client astonishment? Astonishing your clients to help them achieve those big goals.

My dear friend Mandy led a session on coaching playfully, using some fun games during the session. This was such an alien concept to me. In my world of high achievers, serious finance and corporate professionals, it surely couldn’t work… Right?

Wrong!   Mandy is an extraordinary coach to an identical audience of corporate players - investment bankers, lawyers, CEO and successful entrepreneurs. And her motto?  “Coaching is too important to be taken seriously!”

And Mandy’s session was soooo much fun!  I loved it.  Using games to help her clients interrupt their thinking pattern. Getting them out of their heads. And into their hearts. Accessing the path to innovation through play. Enabling them to grow through sheer astonishment.  And I was really astonished as to how using a cabbage (yes a cabbage!) in a coaching session can be so impactful and insightful.  The result?  I have been a lot more playful in my sessions ever since! And both my clients and I secretly enjoy it!

My insight? Playfulness is a mindset. It’s a place to come from, not to get to.

The session led by Erin was called And.  I felt intrigued. I know what it means to live in an AND world.  My son is Ambidextrous. He can use his both hands to perform most tasks, from writing to playing.  He is able to move quickly between things that seem contradictory. He is also able to hold multiple emotions to be true at the same time. Anger and Appreciation. Love and Hate. They co-exist. And it’s his superpower.

And the ability to use the word AND in our narrative and drop the BUTs and the ORs is a superpower too.  The ability to accept both sides of the same story.  Dropping the BUTs which negate a previous statement.  Dropping the ORs which imply a tradeoff. What if more alternatives are possible?  Adopting a possibility or infinite mindset. Being a beginner AND an expert in everything we do. Being a teacher AND a student of our own life.  Trusting ourselves AND asking for help when needed. Being compassionate AND straightforward.

I learnt the power of being attached to the vision & purpose AND un-attached to the outcome!  Being a Master AND a disaster. Embracing failure, as an essential part of success.   And if you are a high performer, you’ve probably experienced many extraordinary highs AND some absolutely epic lows. It’s what it means to be human.

My insight? AND is a powerful word. Use it consciously and often and experience its magic.

And I have realized it’s been exactly 12 months since I published my article entitled: “Love, Loss and Rollercoasters”.  And I appreciate that despite the many rollercoasters of 2020, our eco-system is solid. My son is enjoying his new college and is thriving. My daughter is enjoying her friends, school and playing guitar. My parents are healthy and today celebrated their 51-year wedding anniversary. That’s the biggest privilege of all! And we are lucky to be surrounded by some amazing people.

With lots of love and appreciation to ALL. 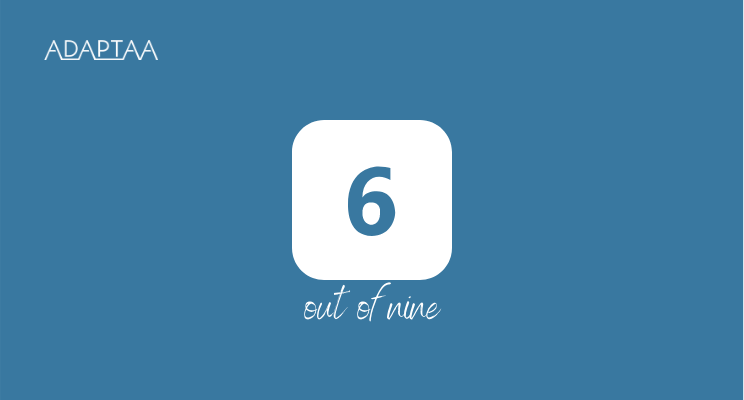 This is my second article, reflecting on my biggest insights from days 3-6 of my 9-day personal development uplifting experience with my own mentor and his extraordinary community of leaders.  For those of you who didn’t read my first article “3 Insights in 3 Days”,  I am reflecting on the most powerful A insights for me, as I am writing my book where the only letter in my alphabet is A.  The 3A insights of the first 3 days were: Acceleration, Audacity and Advocacy. The following 3 days insights are: Authenticity, Authenticity and Authenticity.

The event was called 4PC Accelerator. It was meant to accelerate the growth of the extraordinary group of coaches and leaders attending it. Acceleration that occurred for all leaders both through facilitating brilliance sessions as well as those attending them like me.

One of the sessions I chose to attend on the 5th day was run by Angela (yes serendipitously an A named leader!) called – “Leaving a Legacy”.

You see, in 2007 Angela was inspired by a man with a big vision. With a vision that big that it sounded crazy. However, Angela really believed in his crazy vision and did what most people thought was the craziest thing at that time. She took a year out of her life to support him with his mission.  This man, with a big vision, was Senator Barack Obama and Angela took 3 years out of her life to support him in his campaign to become the President of the United States.  The story has a happy ending. He won and Angela continued to support him in the White House for almost 7 years.

However, like all happy endings, there is a lot in the middle that never gets told. The ups and downs of all life stories. The struggle that’s inherent in any success. The one thing that’s always the same in all stories with a happy ending. The unshakable belief in standing for something bigger than you and making a positive difference.

I was truly inspired by Angela’s story and authenticity. And even more inspired by the way she tells her story quietly. Always from the back of the room.  Always in a true supporting role! You have to listen really carefully to hear her!   And when she speaks, everyone goes truly quiet!  Mesmerized….And I am even more inspired by her desire to write her own book about leaving a legacy and helping other leaders out there to leave their own legacy. Angela is one of my role models of (quiet) Authenticity.

My insight? Authenticity is both visible and invisible. It is about “I am who I am NOW!” both inside and outside.

Authenticity is not possible without Vulnerability.

It’s been 7 years since Brene Brown’s blockbuster TED talk entitled “The Power of Vulnerability”.  She smashed the myth that “life's messy, clean it up, organize it and put it into a box" was a good strategy.  Keeping all our messy things in a box comes with a high price to our happiness, wellbeing and of course the ultimate success – feeling fulfilled in life!

And all humans have a massive fear of disconnection. It’s called Shame. We all have it. We just don’t like to admit to it. The only people who don't experience shame have no capacity for human empathy or connection. No one wants to talk about it, and the less you talk about it, the more you have it. And the thing that underpins this is excruciating vulnerability. If we want connection to happen, we must allow ourselves to be seen, really seen.

And although I have read all Brene Brown’s books and seen her TEDs, I forgot all about it, when I signed up to another brilliance session called “Visibility and Vulnerability” run by Alexis (yes another A named leader) and Matt!

Boy, was I in for a treat? The stories in that session were 20/10 in terms of vulnerability and authenticity! And the human connections created in that session have been extraordinary. At least for me.  I have a feeling they will be amazing connections for life!  Actually, I am already certain that is the case.

I pride myself on my Audacity. The vulnerability experienced in that session flipped into the opposite side of Audacity, which for me is Anxiety! And which I claim I have little… Not that day! I experienced anxiety at its highest level and leaning into it and allowing myself to be really seen and really see others paid off.  It’s not for everyone and can only be facilitated by masters of connection. I am hugely grateful to Alexis and Matt for making it possible.

Authenticity is not possible without Alignment.

Alignment to your deepest values. During the session above, I have connected with some extraordinary human beings. And I am extremely grateful and excited to have connected with George, someone who I feel in total Alignment.  Our energies matched like 2 flames of the same candle.  We are aligned with the same ultimate value of Forgiveness.

And as always in life, there is no coincidence.  I have talked in the past about Synchronicity.  When the student is ready, the teacher will appear. And in this case, we are both a teacher and a student, learning from each other on our own amazing journeys.

And one of the lessons George has taught me was to “empty my cup regularly and clean it with forgiveness first, before filling it up again with gratitude, acceptance and love!”  Emptying one’s cup before it spills, is crucial to slowing down to speed up. A skill that I am still learning. But the cleaning of the cup with the Forgiveness sponge first, was a magical discovery for me!

My insight? Authenticity is a choice. And a very difficult one too.

What will you choose to accelerate your own growth?